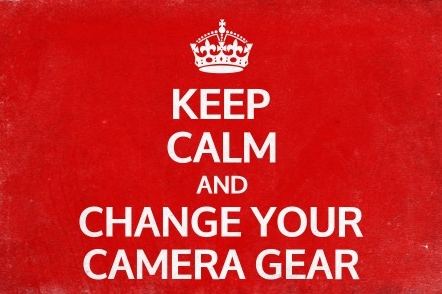 I did something drastic…

After 26 years using Canon film based SLR and DSLR cameras (time flies by) I made the decision to sell everything I had and buy something new.

When I went on my tour to New Zealand earlier this year, I took with me both the Canon EOS 5D MII and 2 heavy lenses. Let us say that it is not a very travel friendly camera. Especially when you take the big camera in your hand luggage. It takes a lot of space and the weight is another thing that makes it difficult to be mobile while traveling.

So… the decision has been made, but what shall I get. I started searching the internet. Forums, YouTube, tec-sites – everything. I wanted a camera, that is smaller, more compact, but gives me the same possibilities as my DSLR. I want more that a pocket camera. I like to have the possibility to change lenses if I want to.

It had to be mirrorless (because of the size). But what do I really need. Do I need the high end camera for professionals or is it enough to step down a little bit. And what do I NOT need?! I will not take a lot of videos with the camera. After buying my GoPro Hero 4 black I have all the video equipment I need (and I don’t need 4 K – HD is all that matters for me). I want to have RAW files (which is nearly standard now) to have the option to work with the pictures.

When I was on holiday in Germany I went to a store with a camera in mind. It was a Canon (one is loyal to a brand after such a long time). The deal was nearly done, when another seller asked me if I ever had tried/considered a Panasonic Lumix GX80 (GX85 in the US). A Micro Four Thirds sensor – never heard of that one before – or better said never thought about other sensors that full frame or APS-C.

I have never considered this brand and what should have been a short trip to the store ended in a 90 minute sometimes very technical discussion, trying things, comparing etc. They did a great job at the store. In the end I bought the camera. I put a review of it HERE. I don’t need to get all the specs here. It has all I need. It is lightweight, and for my amateur enthusiast travel photography perfect. So the deal was done.

Only one problem… the kit lens is not the best. It is more of a pancake lens, but I need something for traveling. So after getting home to Norway I had to do more research. When traveling I go to cities. So I need a wide angle. And I am in the countryside and live in Norway, so again wide angle. But the lens should be good. After my research I knew which lens I want to have first. One that is a good travel lens and has high quality. It has to be the Panasonic Leica DG Vario-Elmarit 12-60mm f/2.8-4 ASPH.

The range from 12-60 mm (which is 24-120 mm full frame equivalent), will be a good everyday lens. I want to get something more wide later, but with this lens, I can live for a long time. And Leica is good… But where to get it. I Norway the price is about 1150 Euro – which is not something I even think about. But I want to have it. The most stupid plan ever was formed. I will go to Kiev with my friend. My Parents want to deliver my new glasses to the airport in Amsterdam. Maybe I can buy in Germany and they get the lens there. The price was much lower (about 899 Euro), but the delivery would take to long. Maybe I find something in the Netherlands where my parents want to stay. Nothing close. But Google is a good friend. I found a camera store in Amsterdam, where the sold the lens for 749 Euro. As a bulk version the price was 699 Euro – compared to Norway this is just so good. I checked the opening hours and it matches with my 4 hour overlay in Amsterdam.

So on the day when we went to Amsterdam, I left my friends at the airport with all my handluggage, took the train one stop and walked 10 minutes to the shop. Arrived 10 minutes before they opened. Went in and got the lens and asked if the do tax free shopping. Living outside the EU I can get the VAT refunded. Normally about 8-10 % of the price. But it was even better. I can get the 21 % VAT back, minus a fee of 25 Euro. But this means I will save an additional 115 Euros on the lens. All I have to do is go to the customs office at the airport. Show my ticket, my passport and get a stamp, send it back and get the money on my account. All worked out as planned. People think I am mentally challenged for doing such strange things, but in the end I saved nearly 50 %. And it even would have been worth taking a flight to Amsterdam an back and still save a lot compared to Norway… Just saying. Now I have to save for a nice ultra wide angle lens… maybe from Amsterdam 😀

My parents came to the store and drove me back to the airport with both lens and my new glasses. That 30 minutes was the reason they came all the way from Germany. Best parents ever! 🙂