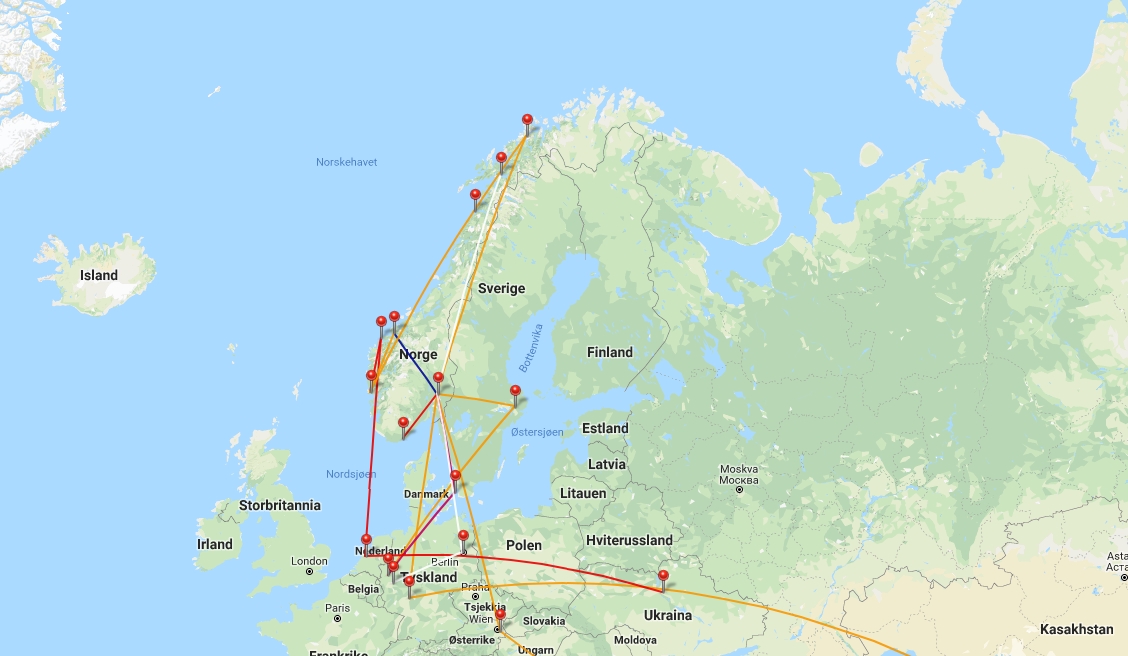 Summer is here in Norway. Everybody is going on holiday, but I am sitting at work. That is what happens when you use most of your days off early in the year. No regrets there. 🙂

But I cannot just sit at home and wait for everybody to come back. I want to have a little bit of fun, too. So I booked/planned some weekend trips until September.

In July, I will first take a weekend in Trondheim. Just jump into the car after work on a Friday and drive there. Just enjoy some city life. Nothing big planned at all. Found a hotel in the city center that was cheap after I used all my Expedia points.

The week after that I booked a flight to Oslo, leaving on Saturday early in the morning, returning late on Sunday. Same here, I found a nice, cheap hotel thanks to my Scandic Friends membership. The flight is with Norwegian, they had a nice sale last moth. Also here, no big things planned. I will meet a friend who lives there and maybe do some geocaching in the counties I didn’t go to before.

August starts with a long weekend in Stockholm. Planned for a long time I was asked by a friend if I would take the trip there. I never can say no to Stockholm. 😀 So this will be 5 day trip over the weekend. Again, no plans, but I can sit in a Cafe at the water in Stockholm and be as happy as one can get. This flight with SAS for a normal fare.

Two weeks later it is Oslo again (the Norwegian sale…) but this time with a plan. I try to get to the Norwegian National Opera once a year. This will be Saturday evening. Don Giovanni by Mozart. Maybe meet up with some friend after that. Only had to pay one way because of my CashPoints and I still had a voucher for a free night in a hotel without breakfast. So this is a nice cheap trip.

Last but not least I managed to get hold of a SAS Eurobonus ticket 40 % off. My tour will go to EVE (Harstad/Evernes – a new airport for me) at the Lofoten islands. Never been there before. I hope the weather is nice. I take a day off (thanks to the extra hours I worked). Found a cheap rental car with 1000 km included in the price to explore the area. And I got some very good tips from a colleague about where to go. A hotel in Harstad will be my “base camp”. Taking my camera (of course) and plan some geocaching in the area (a lot of caches on the way).
Combined with my SAS World Mastercard I got the premium economy flight for the price of a reduced economy ticket (6000 Eurobonus points t/r – ordinary 20.000). 45 Euros in taxes and fees. That is a really nice deal. The alternatives would have been Trondheim, Bergen and Stavanger – and I know these cities. 🙂

After that there will be no weekend trip until I go home in December. 🙂