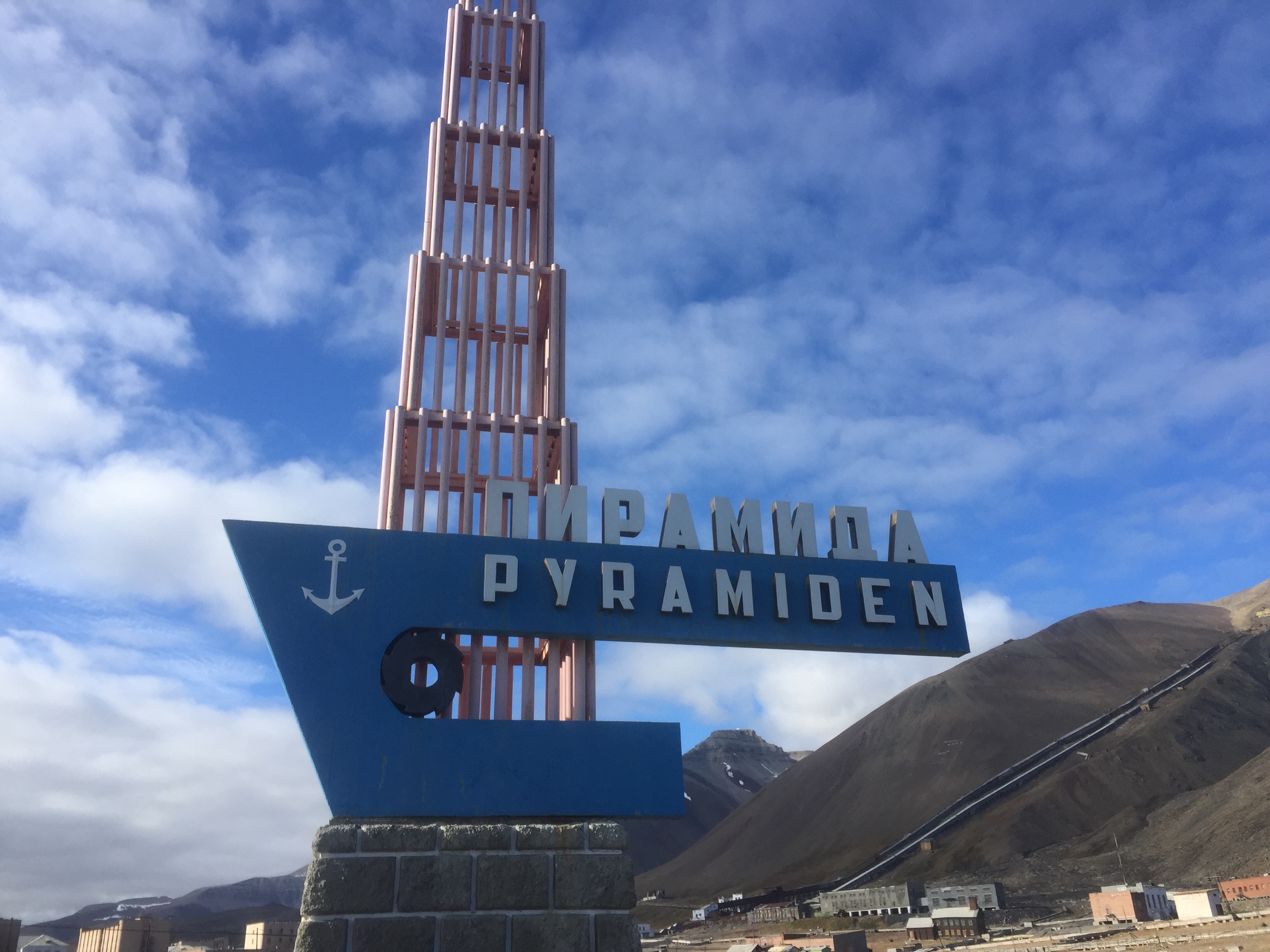 The main goal of the daytrip was reached several hours after start. From afar you can see that it was/is a russian settlement. The ship was fixed to the pier by a guy in russian – miners? – uniform. With the rifle on his back. Sasha was the guide for the tour. Nobody that hadn’t his own rifle was allowed to leave the group. Polar bears are all around Svalbard.

A bus transportet us to the entrance of the settlement. We got some of the history. The swedish started mining after cole around 1906 but found out i wasn’t worth the effort and sold it to the Soviet Union… No comment 🙂

At top there were 1200 people in the town, which was fully equiped. Cultural house for theatre, cinema, sports, dancing, music, a public pool, a hospital – the town might have been better equiped then other soviet towns. In the center you see the layout like a parade ground. Soil imported from the Rodina to grow grass (that could be fed to the animals they had), Lenin on the upper end of the area watching down the two streets which are framed by red woodeb houses.

There is not much left of the old times. Today 6-8 people live in Pyramiden to work at the hotel, guide tourists and to maintain the buildings – as Sasha said keep thedoors locked. 🙂

We were allowed to go into the cultural house and the canteen (they could have cleaned up there^^).

After a small break at the hotel (to leave some money of course) the bus took us back to the ship. The rest of the tour the most people used for relaxing – it was quite a long and exhausting day.