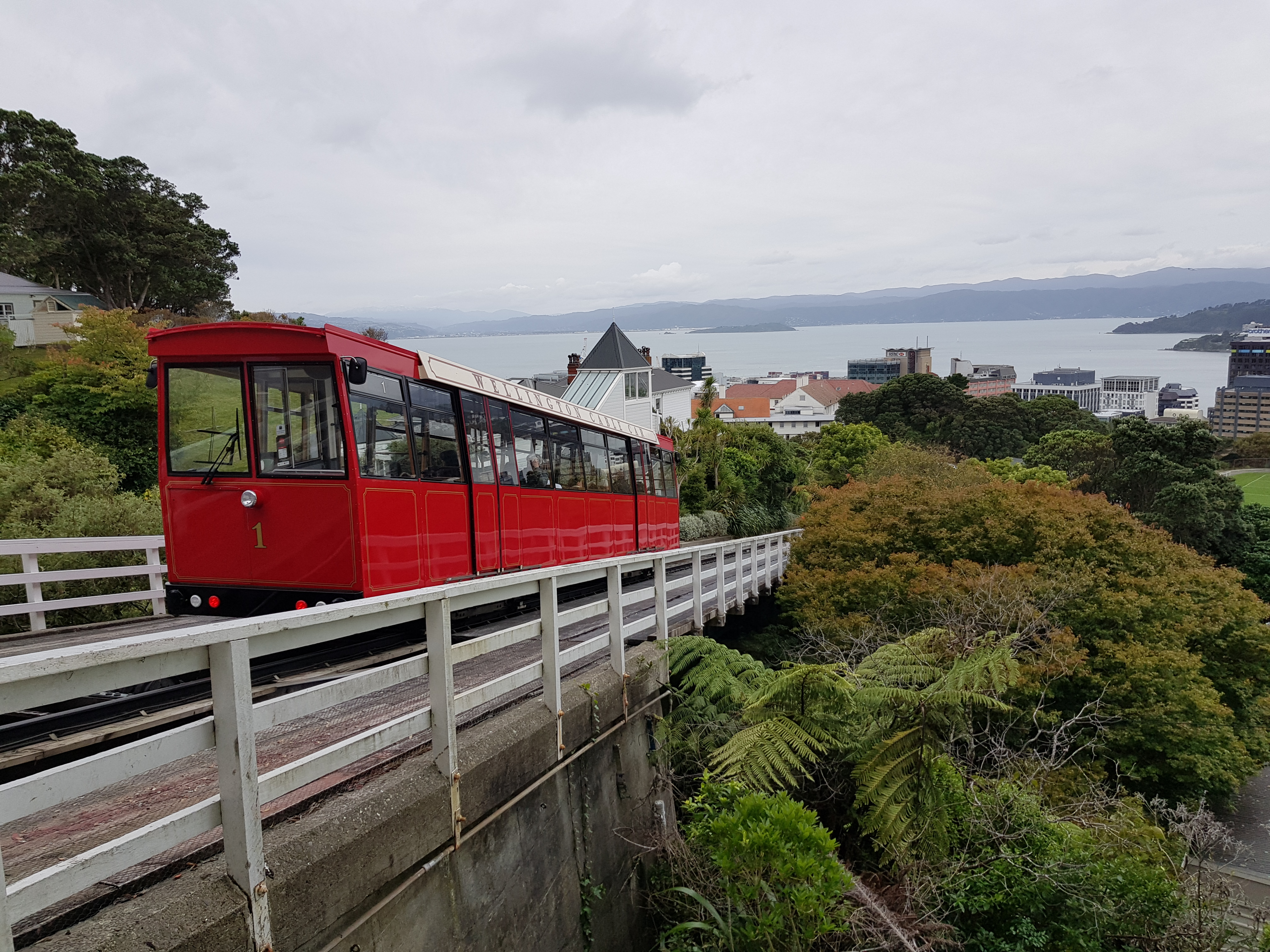 After a good nights sleep I finally get up to see Wellington. I have not planned anything for the last two days of my holiday, but I got some leaflet on theferry about walking tours through Wellington. This might be a good way to explore the city a little bit. Not the Free walking tour type, but you have to buy a ticket in advance.

One should read properly, the tour doesn’t start at 10:30 but 10:00 – that is about 30 minutes from when I find out. Google Maps says it is a 26 minute walk from my hotel. Ok… I will make that. So without lokking much around I folle the rout my mobile phone gives me and I arrive 3 minutes before departure at the tourist information. Time enough to buy the ticket and get something for breakfast from a cafe close by.

Without going into every detail, the tour starts at the civic center, continues along the harbor and then goes downtown and ends at the old St. Pauls church. A lot of history from the time Wellington was founded and became New Zealands capital until today. Val our guide keeps it interesting. Historic places, persons and some of the moe important buildings are visited and explained. We go into several historic building as the law school, a shopping center that was an bank and the new high court building.

The tour ends after about 2,5 hours. We had very nice weather. On our way we passed the Wellington cable car which also is featured on nearly every tourist side about the city, so my next goal is having a quick lunch and then take the cable car. Getting some Geocaches on the way. A nice 3 minute tour up the hill. Several stops on the way. A nice view from above. Unfortunately you can see the sky getting darker in the distance.

I chose to walk down the hill (much better then up the hill – this is a quit steep area). I want to see one more movie in the Afternoon (Ready player one) and with the weather getting more unstable, this might be a smart thing to do.

Wellington only has 400.000 inhabitants in the whole urban area. So compared to Auckland it is small. They managed a little bit better to create the feeling of a city, not like Auckland that was just a big CBD with banks etc. and better than Christchurch which still isn’t rebuild and doing a not so good job while doing so.

The cinema is in the middle of the “older” part of the city center. Bil multiplex. A little bit early, so enough time to grab a small dinner at one of the eateries close by.

Film over, out of the cinema and then I chose to go back to the hotel. Not much to do else that late. An Uber is cheap and fast so direct delivery to the hotel. Watching a movie an d checking out what to do tomorrow.