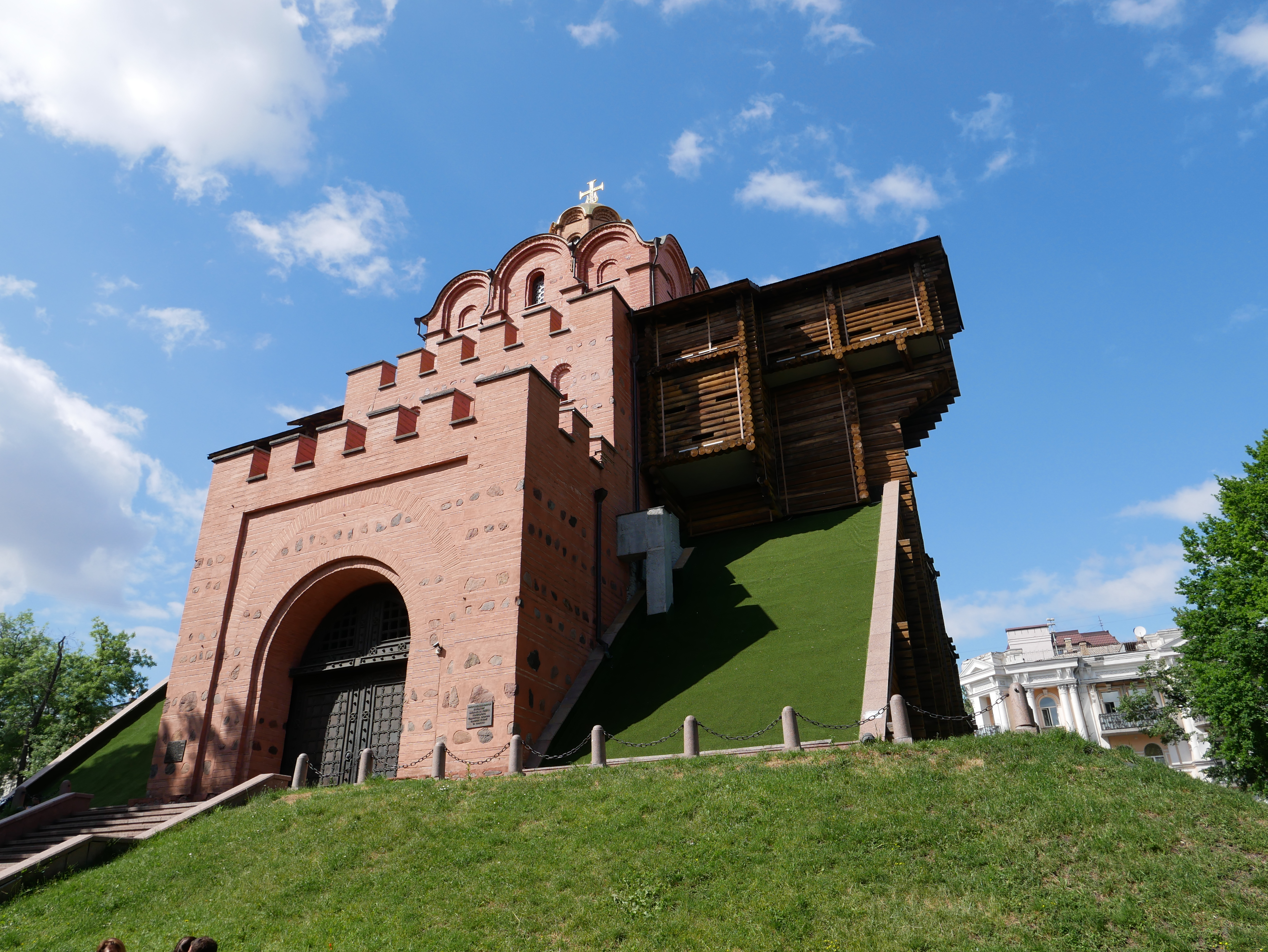 One man down again. 🙂 The last evening was too long for Magnus. But the rest of us manage to get to breakfast at 10:30. A good breakfast is always a good start of the day. And what is the easiest way to get to a place in Kiev and the Metro is to far away (and we are to lazy to walk)…? Of course a driver to get us there. Only 5 minutes after we asked the concierge to get a car we are en route to the Escape room – a game that that Simon and I discovered in Bergen for the first time. Lasse has never tried it before.

At the place we have to search a little bit for the entrance. But we finally found it and we are greeted by a young woman who gives us the brief. We are escorted one by one with hoods into a room. We have no idea where we are. One of the rules is, that you don’t tell anyone about the puzzles you have to solve – so no spoilers here. We chose the room called Se7en which has to do with the 7 deadly sins. It is an 18+ room. We were worse than we hoped to be. The start took us much too long and we needed some hints. In the end we needed two more minutes but the time was up when we had figured out the last task. But it was a lot of fun and in the end we could torture Simon a little bit (see picture). 😀

Wanting to check on Magnus we walk back to the next Metro stop at the soccer stadium. Magnus and Lasse don’t want to do more sightseeing. So we go out to get some food and then Simon and I start to explore the city on foot while the others went shopping. We walk without knowing where. Just turning randomly. I don’t know exactly where we went, but we visited the Taras Shevchenko park with some interesting chairs, people playing chess and an old piano everybody could use. We did a longer stop and visited the inside of the Golden gate and passed the St. Sophia’s cathedral (World heritage) before we went back to the Independence square and took a coffee.

Now the other side of the inner city. Up Sotny Alley and again turning randomly. This is a nice way to explore the city. We pass the Ukrainian Rada (parliament) and go through the Mariinsky Park. Just going round the palace there back to the main street and further through the city. On the way we took some geocaches, when we were close to them.

Heading back towards the main boulevard and the hotel after about 14 km of walking this day. We need to find some food and we are choosing to try the “secret” restaurant another Norwegian guest told us about. So after a short break we head out to Independence Square again. We walk to the north part of the shopping center. On the way Simon buys some bracelet to “support Ukrainian troops in the war” or something like that (more like the sellers own pocket^^) for all of as. Now we can pass all the sellers and shut them up by showing that we already own one. Of course we are on the wrong side of the square, so back to the other side. There we find the entrance to the restaurant Остання Барикада (The last Barricade). We have to take an elevator down to the floor and enter a bar, but no restaurant. Asking the barkeeper he demands the password from us and after some questioning looks from us, he shows us a QR code (which reveals the password after scanning). He tells us that they don’t have tables, but we should try with the restaurant manager – and opens the wall for us. And we got a table. After entering through another wall we are in a very big restaurant. All tables are fully packed. We get (as it seems) the last table with a view inside the shopping center. The menu is nice. A lot of Ukrainian dishes and of course some international food, but at extraordinary low prices. We are all hungry so we order. A hamburger menu is 2,30 Euro… Drinks are cheap – both alcoholic and soft drinks. I tried an Ukrainian Cola. Not bad. My order of Chicken Kiev was good, but they used frozen vegetables. After I mentioned that that was the only thing one could complain about we all got a shot of a sweet liquor.

Lasse wanted to visit a casino. After some searching I found something on the Internet and we started walking the 1,8 km. Unfortunately, we had no success. We think we just weren’t dressed appropriately, but the receptionist was telling us, gambling was illegal in the Ukraine. Same result, we left. After some discussions what to do with the rest of the evening, we went back to the Buddha Bar which was next to our hotel. We checked before, but then there were no people there. Today there were more guests. We had some great cocktails and a shared Shisha and a lot of fun that evening.

Back to the hotel late – especially when you think about that we have to get up early in the morning to get to the airport. I left after a last drink at the hotel bar (and a group photo with our favorite barkeeper), while others spent some more time. Packing and going to bed, but not sleeping until Simon is back. Tomorrow will be a hard day after a short night with little sleep.