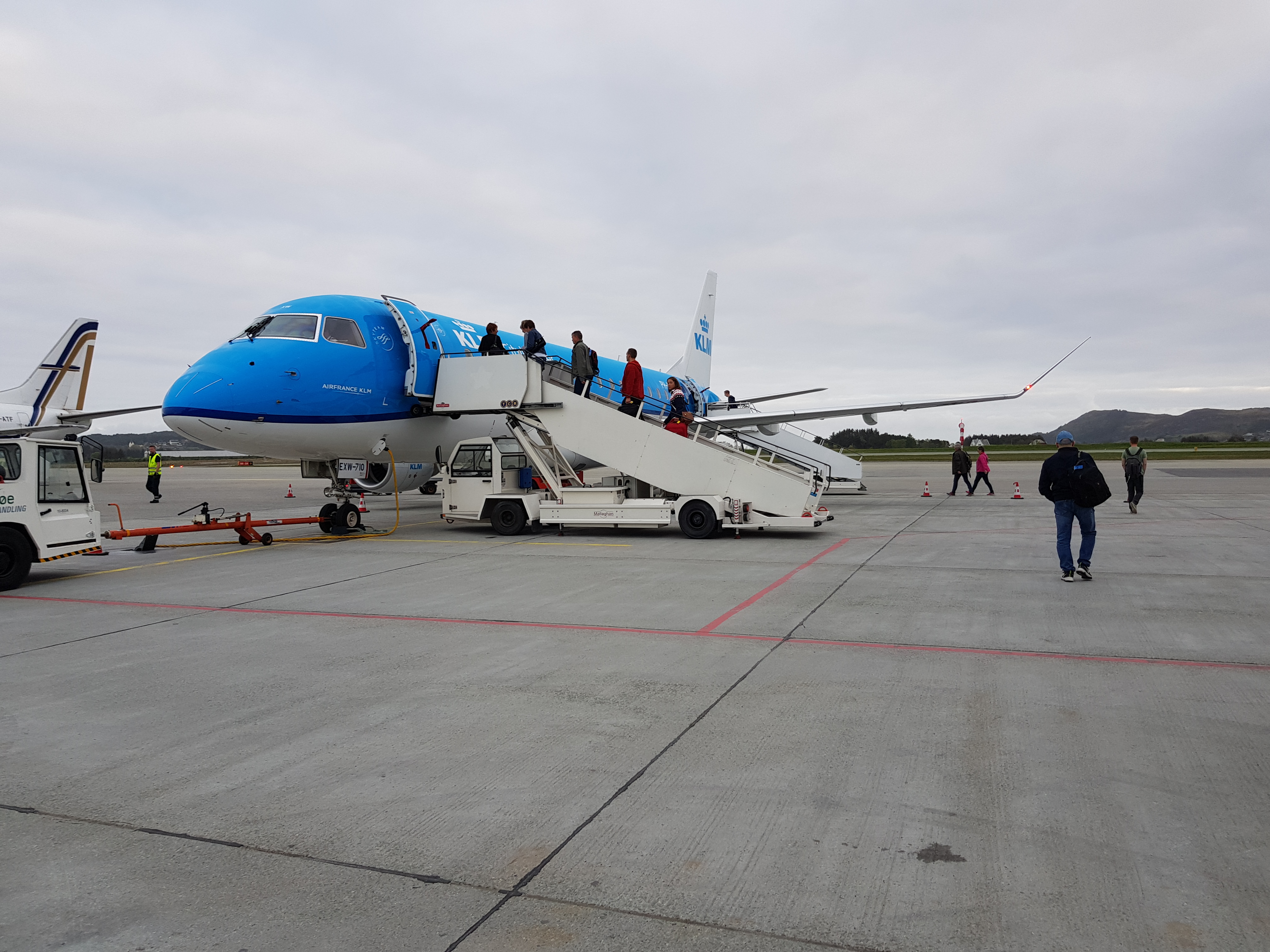 Today we start our guys only tour to Kiev, Ukraine. The four of us met the evening before at a friend’s house. As we are leaving very early in the morning (about 4 am) to catch the first flight to Amsterdam – so it had to be a sleepover.

The night was definitely too short, but we hit the road and start our ca. 1-hour drive to Ålesund airport Vigra. Leaving my car at the long-term parking place we head directly to security control as we only travel with hand luggage and had checked in online. Not many people here this early. At the international gate I start with a small breakfast and some coffee. Boarding our KLM flight to Amsterdam at 6:00. Takeoff at 6:30. A very nice flight. They still offer full service. Drinks and some food (bread with Dutch cheese) included. Very good service, but unfortunately not much legroom on this small plane.

After landing in Amsterdam and bus transfer to the terminal I left my luggage with my friends to leave the airport. Found out that I can buy a camera lens for my new MFT camera much cheaper in Amsterdam. So just a short walk to the station, 7 minutes to Amsterdam Zuid and 5 minute walk to the shop. A little bit early, but I got what I wanted and with VAT refund saved nearly 40 % compared to Norway. Even by flying here just to buy the lens I would have saved money.

When getting out of the shop, my parents arrive to give me my new glasses I ordered three weeks ago in Germany. They used the excuse to deliver them to me to have a short holiday. Unfortunately, I didn’t get to much time with them as they just had time to drive me back to the airport.

After I got my papers for VAT refund stamped by the customs officer I went back in and through passport control for the outside Schengen flight. Had to call my friends, because they still were at the other end of the airport. Schipol is huge. Long ways to go. After we reunite there was not that much time left. I tried to locate my jacket that I forgot on the plane, but without any result. There were no restaurants at terminal G so we went back to get some “food” at the golden arches.

Boarding the Ukraine International Airlines flight to Kiev. Full plane. Little freedom for our legs (at least for 3 of us). Flight time about 2 hours 40 minutes. Food is not included on this flight, so we must buy. The prices were OK. Everything is in Euro, cards are accepted.

Landing in Kiev nearly on time, but then it takes endless to get the buss transfer to the terminal. No idea what made them take so much time. Finally, we can clear the passport control and I got a new stamp in my passport. At the exit the driver awaits us I ordered online to take us to the hotel and back to the airport on Tuesday. The driver seems a little bit irritated that we are 50 minutes late, which was not our fault. The car we get into is older and not the best. The drive is a little adventure. If you have seen dashcam videos about driving in Russia/Eastern Europe – it was a little bit like that. We should have filmed it.

Our hotel is in the very center of to city. Only a few meters from Independence Square. Hotel Khreschatyk. At the hotel we have a fast check inn. The hotel was payed beforehand. I just had to pay a local tax which was about 12 Euro.

Our rooms are on the 6th floor. Nice rooms, two single beds, enough storage room, nice bathroom. Everything we need for a nice stay. Even a safe for valuables – which is not a bad idea in Ukraine in my opinion. Just the view is not existent. We have a backyard with some buildings. But we are not looking out of the window while sleeping.

It is early in the evening and we want to take a little tour out into the city to get a first impression, find some food etc. We don’t want to be up to late, because we have to get up early tomorrow for our day trip to Chernobyl/Prypiat.

At Independence Square there at quite a few people. Water fountains with lights and music in the background. The fountains are synchronized with the music. A nice touch that attracts a lot of people. Walking along the main street, which is closed for the UEFA Champions League final next weekend. Destroys some photo opportunities… As the booking confirmation or our trip tomorrow stated, we should have some drinks and snacks with us. A good way to change some of the cash we took out at the hotel. Big bank notes are difficult to use. Smaller shops don’t have change. Filled up with snacks and water, we buy some SIM cards for local internet as our phone carriers charge high prices but son¨t offer any service.

Last thing today is to get some food. A Turkish grill close to the Independence square is our choice. Food is OK and inexpensive. The evening is concluded at the hotel bar with cocktails for laughable low prices. Today we get to bed early. I order a driver for the next morning to take us to the departure point for our tour. About 8 Euro for 4 persons is nothing.