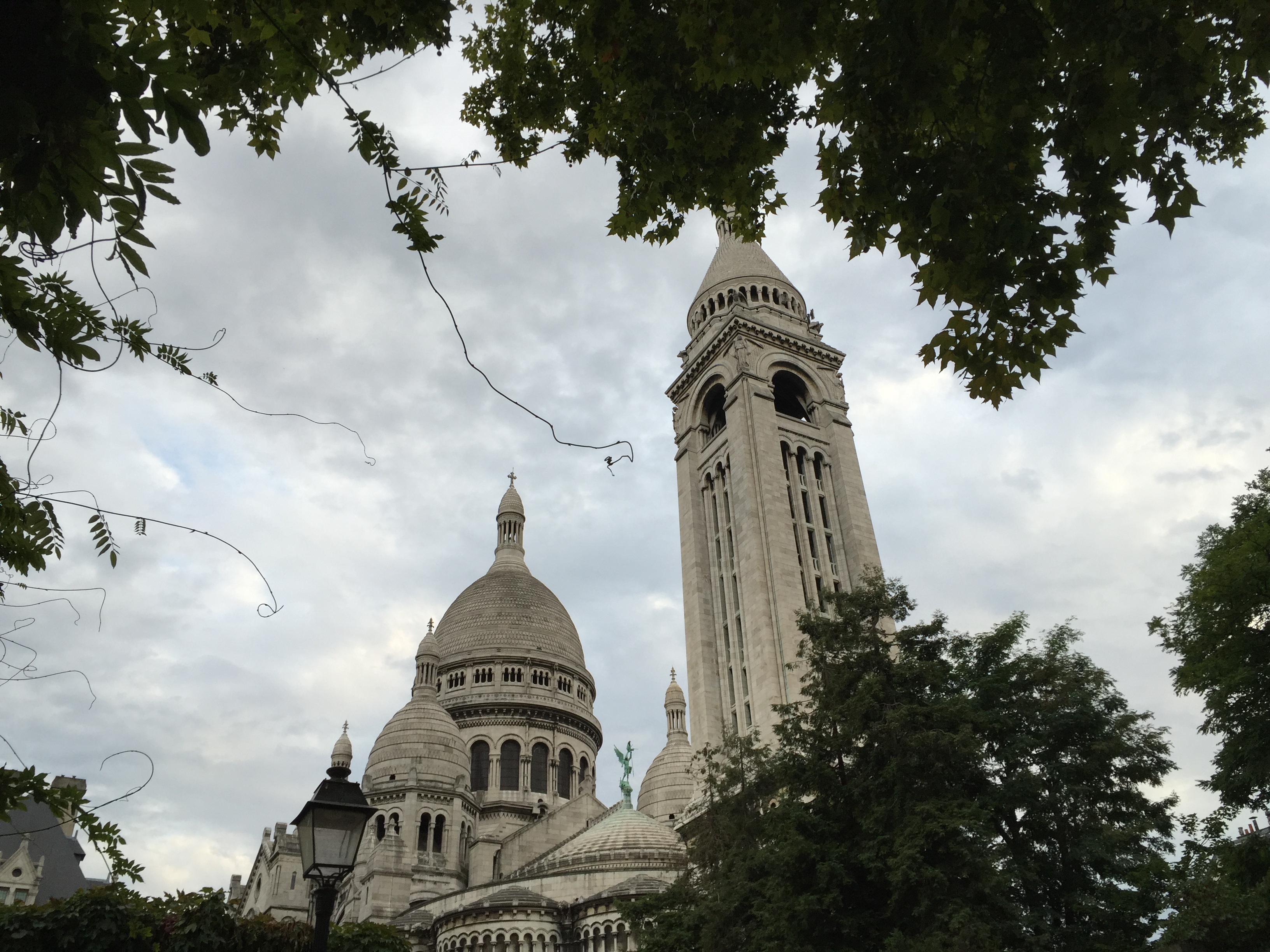 Not that the fitst day was over. Far from it.

To get most out of the long weekend I booked another tour with Sandemanns – the Montmartre Tour. Meetin at 18:00 opposit to the Moulin Rouge – there were some “few” tourists around. The group was large and Onno from the Netherlands was difficult to understand some times.

We went uphill and off the normal path that tourists go. Some great placec/houses to look at, the place van Gogh lived, paintet, cut off his ear and was depressive, the statue of the guy who was beheaded but took up his head ad walked with it – and who for this was a holy guy giving the mount of the martyrs the name.

A beautiful view of Sacre Coeur from behind, no tourists around. That ended after you took your tour around to the front of the church. Thousanss of people, sitting on tbe steps with a beautiful view over the city. The church was nice to look at an the inside is agreeable – but there are too many people around.

One annoying fact about Paris are the hords of beggats and sellers of junk (selfie-sticks and cheap Eiffel Towers). You can’t go a pkace without them. Ignoring is best. Just watch you stuff.

The tour ended in an area of Montmartre with a lot of restaurants. On recommendation of our guide I gota place and bought a sallat that was so big I couldn’t finish it. Great meal. Home to the hostel – luckyly with a direct connection by line 2.