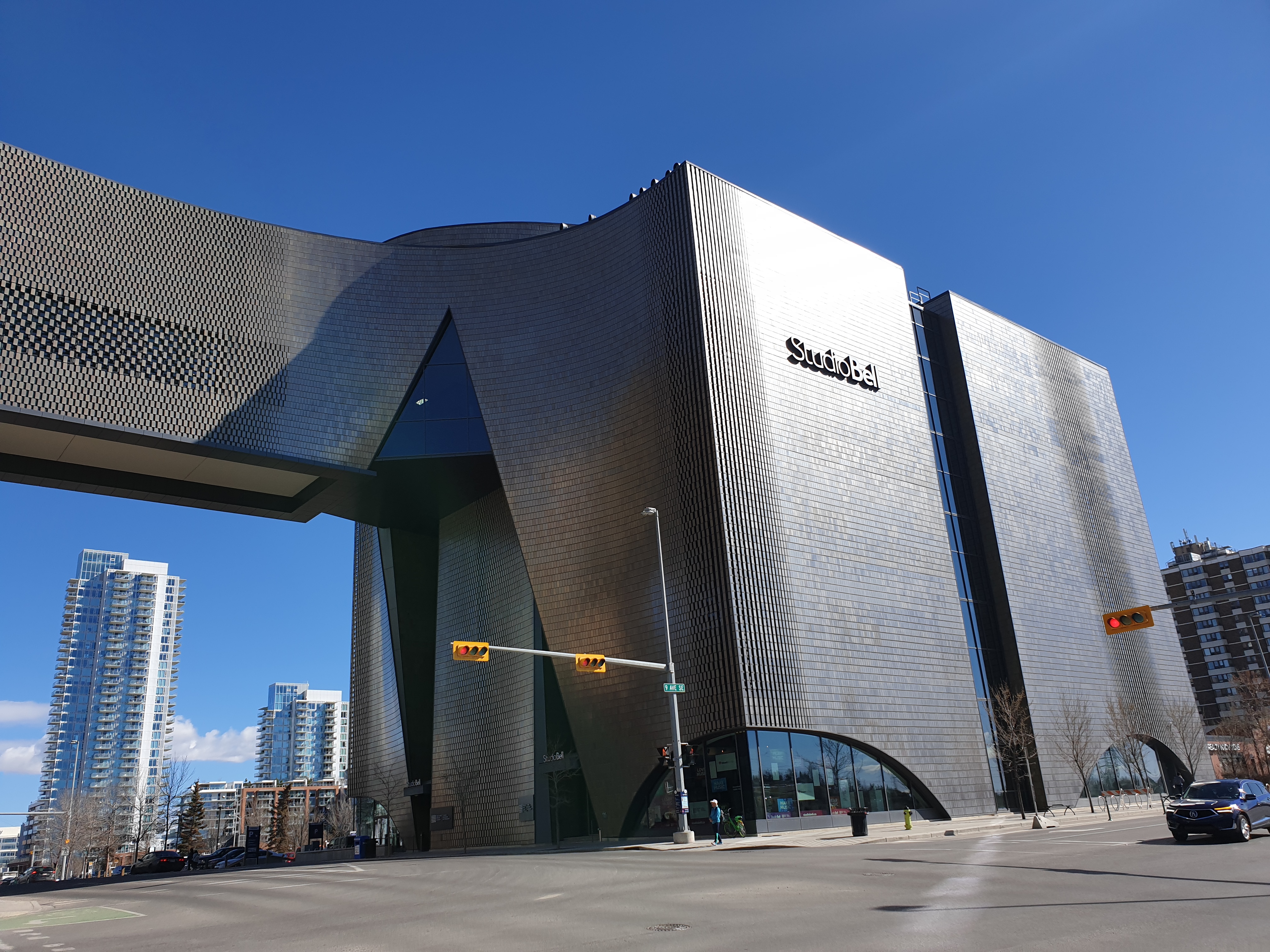 Woke up to early. Jetlag kicking in. 🙂 Trying not to get up too soon, but I booked this walking tour through Calgary at 10:00 am. I have nothing for breakfast in the house, so that has to wait until later. Ordering an Uber by app which is there in less than 5 minutes. A trip downtown is 11 CAD (7,30 €). Good price for not walking the kilometers.

At the Calgary tower – where the tour will start – I try to fin an ATM to get cash and breakfast. Both not easy, but after walking some blocks I got money and a scone. Taking 2 geocaches at the tower while waiting. When time comes, The guide Brian and I are waiting for other people to come (they booked the day before) but they never show up. I was prepared for a canceled tour, but Brian said he drove an hour so he would do the tour for me. If you ever get the chance, do the free walking tour (https://www.walktheyyc.com/). It is worth the time and the tip at the end.

He had a lot of knowledge about the local history and the people involved, without being someone making up stuff to be funny or putting in hear say bullshit. He told the good, the bad and the ugly stuff and it was very inteeresting and we had a good conversation throughout the walk. In the end, the tour lasted for four hours and i payed (tipped) 20 Euros. That’s much less than you would pay for a normal private tour and this one was good.

I joined him at lunch and we talked about traveling and this was very interesting. A small place downtown where all food cost 4 €.

I left at 15:00 to get home to prepare for the event in the evening and get some rest after 9 km of walking. Karen and her friend Robin got me at 16:45 and we went to the Pub where Karen had reserved a room for the event. About 18 people showed up and there was a lot talking about geocaching and travel. I got some tips for my days in Seattle (several people mentioned the underground tour – have to check that out) and the visit to Geocaching headquarters. Had some Poutine and the party ended after about 2 hours. One last cache on the way back to my AirBnB.

Since I didn’t have anything for breakfast, I did a small 5 block walk to the local COOP and came out som Dollar lighter than before (but I had to get the A grade Maple syrup).

Tomorrow I will be picked up at 8:30 and we are going south and maybe to an event in the evening. Time to hit the hay.