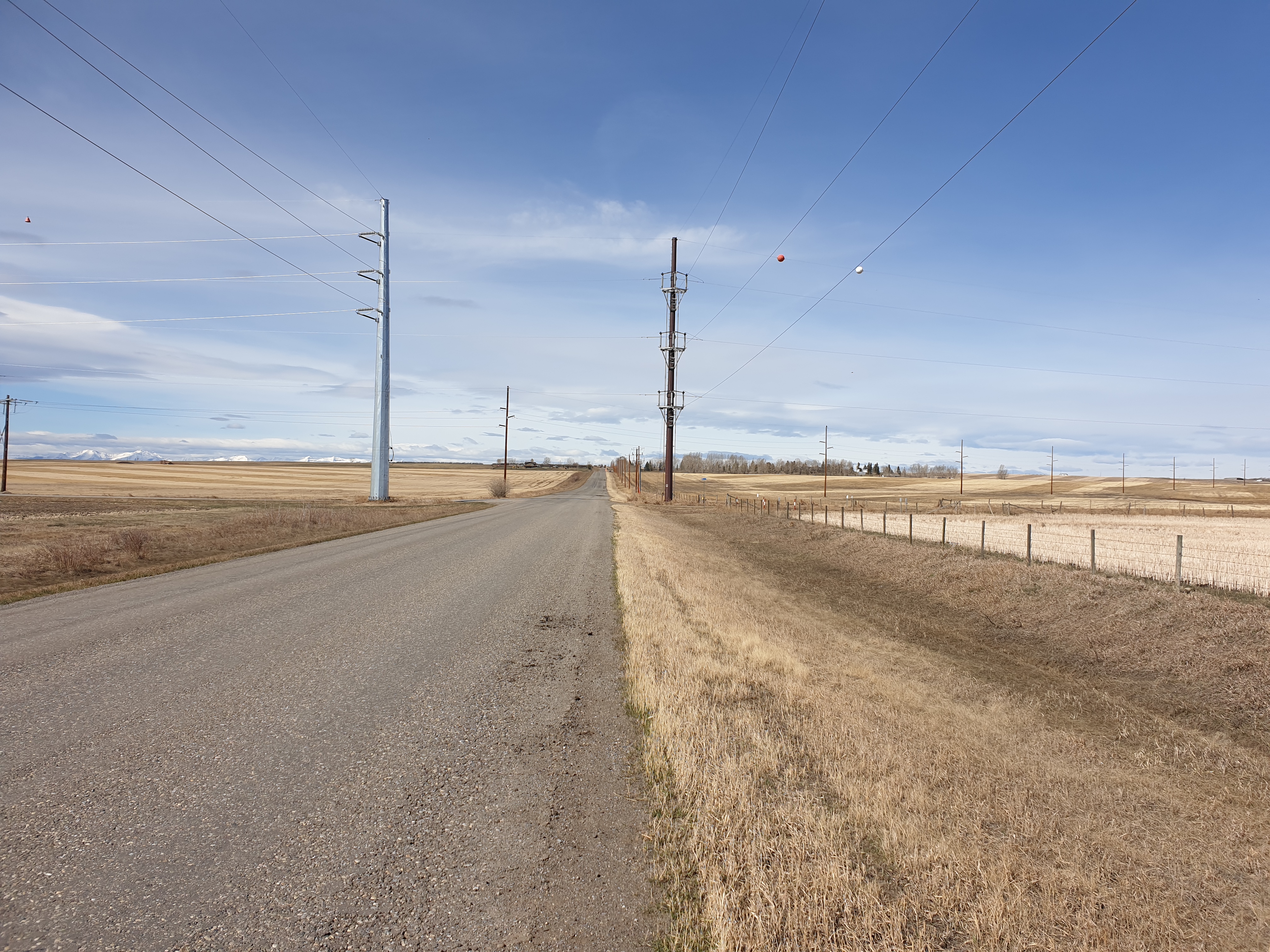 I woke up early. The night was over at 5 in the morning. No chance to sleep again. So YouTube it is (not even that made me sleepy). Out op bed at 7, shower, breakfast and preparing a small lunch for the day (bread, chicken breast and cheese). No, the Canadians can’t make bread either… I am a spoiled German bread eater…

Karen is picking me up at 8:30, a hot coffee waiting for me in the car. Out of the city center to pick up her caching friend Robin and we will spend the day geocaching together. We solved a mystery geoart before I came to Calgary. All about music groups. A lot of caches and – after all were solved – a perfect power trail.

Driving south taking some caches on the way, even a virtual at a big rock (I know it is not only a rock, but it is a big rock) and an earth cache with the same rock (try graffiti on it – only 50.000 CAD fine). I got my cache with the highest elevation soon after. Until I get over 1229 meter. Even here I feel the altitude. Not used to it as a sea level guy.

Now the first power trail starts. We are smart and Karen drops us of at one cache each, takes the third and collects us again. And so we continue down the road. Very efficient caching and much laughter (we have to ask to leave/enter the car every time because Karen has the child protection on because of her granddaughter). After a while I found out how to exit without asking – freedom. 😀

After half of the trail we make a small lunch brake with a nice view towards the Rockies. There we will travel tomorrow.

Next part of the powertrail. Stop, log, drive, return…

Now it is time to get a small coffee break at the small town close by. But first we have to get 4 more caches. One was a mean one – but I found it and then there was “Waterworks”. A construction that requires the use of 2 liters of water to get the cache out. SO we have to buy water, Into town, grabbing a coffee and a doughnut, a stop at Canadien Tires (where I git my charging cable, becaus I forgot it at home – of course) for the water and then back to the cache. Pouring inn water in the hoses to find out there is a hole in the bottom – on finger on it. After some time on hose was filled and KAren filled up the other. It was full and still no cache. So Robin decided to take a peak inside the tube – but I got the glorious idea at the same time, to blow into the hose.  Hey – it worked… Just Robin getting a very wet face and we died of laughter  but the cache came out. That’s all that counts!

Soon time to get back to Calgary. A small powertrail in the end puts me at 57 finds today. New record (old one was 42 from 2016). This record will be there some time…

Back to Calgary, where drop off Robin at her car. Karen drives me home and she will pick me up for our Banff trip at 8 am.

Dinner is found on Tripadvisor. An Indian take-away only 2 blocks from my AirBnB. Won best Indian restaurant in Calgary. Doesn’t look like it – but I will try. Cheap compared to Norway. And the portion size is too big. I can’t it it all. They should reduce the portions. I had the Norwegian size in mind.

Logging the last caches for get up to date, grabbing some Travelbugs from the event yesterday. Rest of the evening is videos and relaxing.