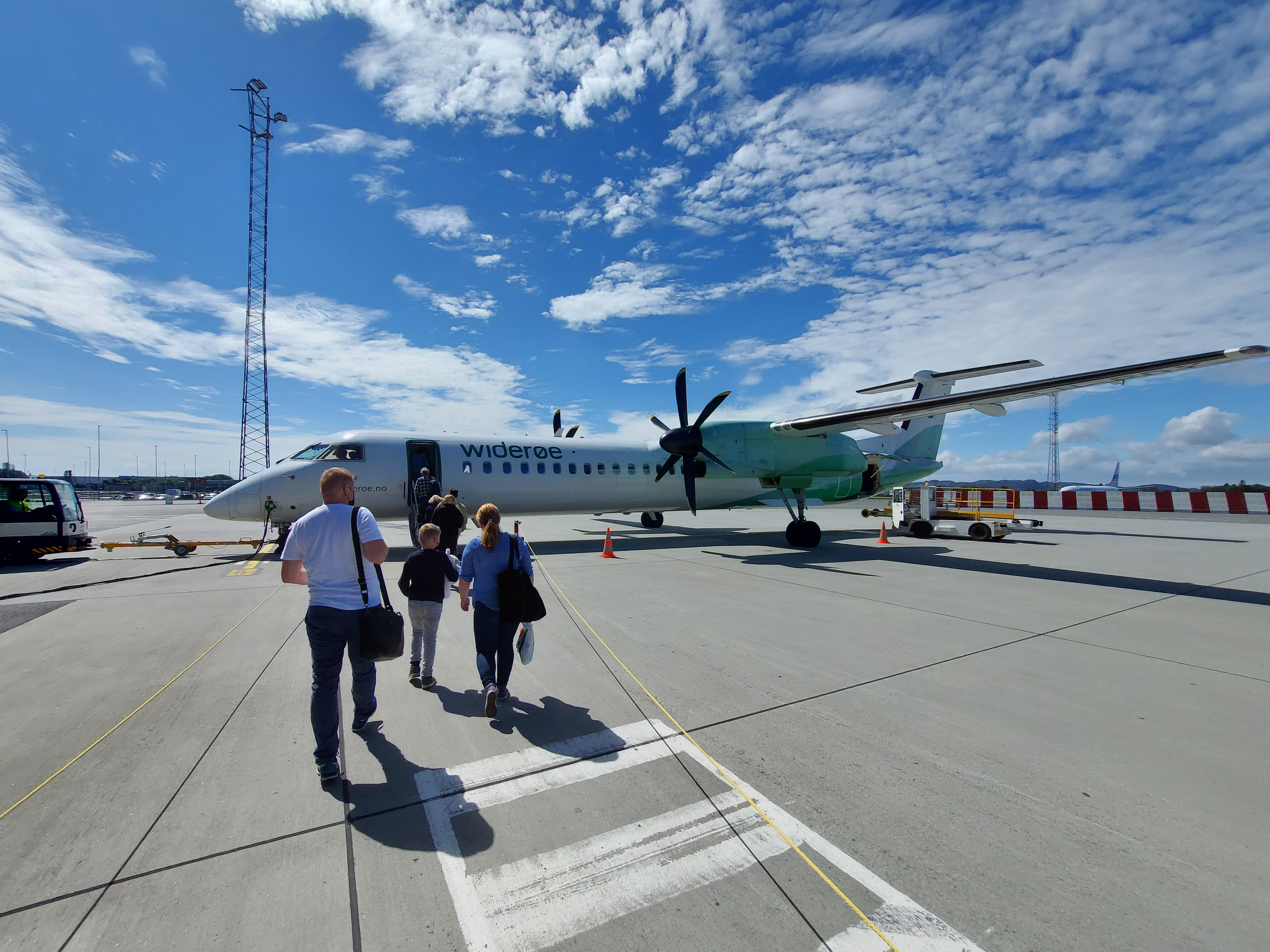 The first of my short holidays – or long weekends – however you wanna call them. I booked a 3 night stay in Bodø and then a train trip down to Trondheim with the Nordlandsbana. Said to be a great train ride. The ticket for that was a birthday present from my parents.

First day is a travel day. I took the early flight from Molde with Widerøe to Bergen. Nice short flight with an older Dash 8-300. Old but they have lots of legroom. Beautiful weather on the flight and arriving in Bergen on schedule.

I had a long enough layover to leave the airport and do some geocaches that were close by. Yeah, I had to go to security controll once more, but there are not the longest cues at the moment.

Flight to Bodø in the larger Dash 8-400 – with less legroom. Fully booked flight and my hand luggage was to big for the overhead locker on the plane. Awkward fumbling to get it under the seat in front of me. Not the best sitting position for the flight and a reminder for my next trip just to get a backpack.

Arrival an Bodø. The airport is so close to the city that you can walk. About 25 Minutes to get to the city center. I booked a room a the newly opened Nordic Choice Quality Hotel Ramsalt. The second biggest hotel of the city.

A perfect welcome to a great hotel close to everything (which is not that difficult in a small city^^).

Not much time left of the day. So I grabbed one of the e-scooters in the city to get to the public pool to do some rounds. The scooter died 1/3 of the way, the pool was the most expensive I have seen (20 €) and only 1 lane to swim. Not a good start. I found another (charged scooter) for the way back and did some geocaches on the way back.

There was a small pizza place opposite the hotel that provided my dinner for the night.