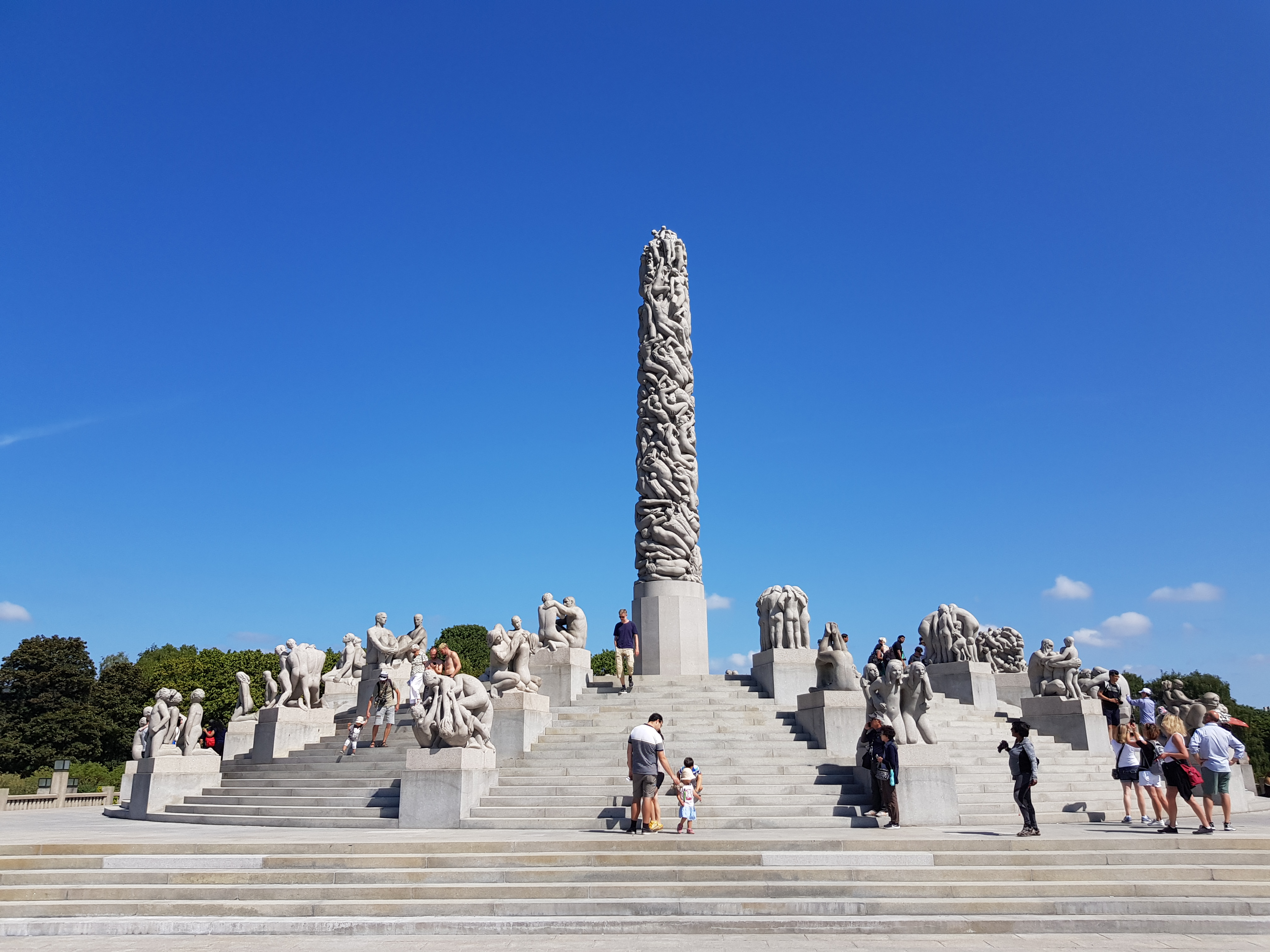 Again I found some cheap tickets on Norwegian to Oslo. Nothing special happening there. Just a weekend out in the city (again^^).

Saturday morning is the worst day to get to the airport without a car. No bus and again – I want to save the money for a taxi. So bicycle it is. Leaving at 5:45 I am at the airport at 6 am. A little bit early but I was awake anyway. 🙂 Many people on the flight – the only one on a Saturday morning.

Arriving in Oslo. Taking the NSB train to Oslo Central station. I am very early for the check in to the hotel. So I take my Gimbal and GoPro and start filming while walking up Karl Johans gate. I would like to try a city tour video on YouTube. Not sure if I will do it. Time will tell. 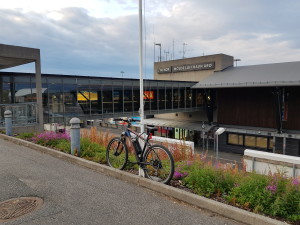 At the hotel I cannot check in yet. But I have the opportunity to change some clothes for a warm day in Oslo and most important to put my bag into storage until later today. As I have no fixed plans, I rent one of the city bikes for a day and make my way to the castle, which is not far away. I want to find some geocaches and later today, meet up with a friend who lives in Oslo. The sun is beautiful in the city. After the castle I make my way to Aker brygge and the city hall before I take the tram to Mathallen (food hall) close to the Akerselva.

After two hours of talking, sitting in the sun with some baked goodies we part ways and I walk along Akerselva towards the city center. I found a nice bar, selling German Apfelschorle (apple juice with sparkling water) – a feeling of home. 🙂

A short trip to the hotel, getting checked in and then back to the city. Some not so good food at TGF and a movie after that. A short bicycle tour back to the hotel and i call it a night.

Breakfast the next morning. The hotel offers a nice buffet. No complains here. My bag is packed and after checkout I get a new rental bicycle (49 NOK/day) and deliver my bag to the station. Don’t want to carry it all the day. 50 NOK for a locker. The tram to Vigelandsparken. Continuing filming and of course geocaching. Lots of people here. The tour busses arrive by the minute. But I find some quiet spots and find some of the geocaches. The sun is out again and just walking around the park is nice.

A bicycle tour through the nice housing areas (expensive areas) and I deliver my bike close to the patisserie of Pascal. Known from Norwegian television he makes great small cakes. I could order the whole menu, but I decide just to taste a raspberry cake. Delicious!

I have to fill some more hours. There are ferries at Aker brygge that you can use with your 24 hour ticket. I board the one that had the shortest waiting time and the least people waiting. Good choice. I get to see all the islands and the city from the water. About an hour in the sun – I should have brought sunblock…

Some more walking along the shore before I head back to the station, get my luggage and take a train to Gardermoen. My flight is one of the last to leave today. Home in Molde 23:30 and a bike ride of 15 minutes. One more weekend trip done. More to come. 🙂