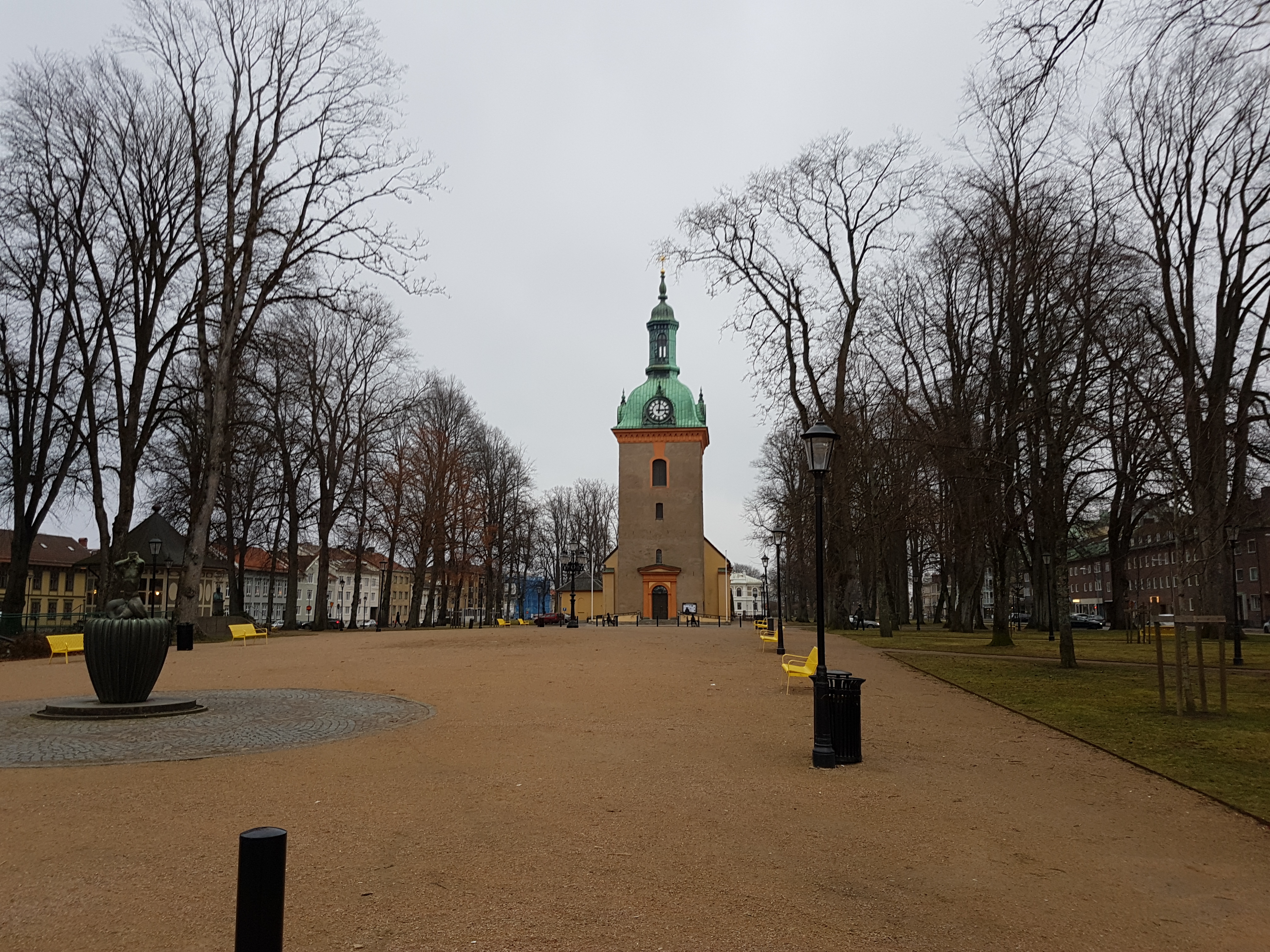 Leaving IKEA after a 3 hour shopping spree I finally booked a hotel in the small city of Vänersborg north-east of Gothenburg. Been there before, so nothing really new here. Found the Best Western Arena hotel near the city center at a price for 590 SEK. Acceptable. And again, Waze showed me the way in the best way possible. Arrived after 20 minutes, easy check in (I payed when I booked on Expedia). Why are all Best Western hotells stuck in the 80th with the furniture? The room was Ok. Biggest difference to the Norwegian hotel was the lack of WiFi information in the room (had to go down to get it) and the tiny TV screen. But clean ang all good for one night.

Just put my things down ad drove to the city center. After 2 pm all shops are closes and the streets are empty. A cold wind is blowing and it started snowing, while I got around finding some geocaches (always a good activity to kill some time). Bought a cinema ticket for the evening (Split) and lest for some early dinner when the snow/rain became annoying. The film was great. Directly back to my room after that to get a good night sleep before the long journey back.

Breakfast was Ok (never try filmjölk and read what is written on the pack) and I left at 8 north on E 45 towards Kongsvinger. Empty roads. A lot of speed cameras along the way (but they put up signs to warn you) and the tour through the snowy landscape was nice. Audiobook the whole way (bought some extra the evening before). Estimatet travel time is 11,5 hours. Another moose crossing the road, but this time in daylight and I could see him/her from far away so no emergency break this time.

Close to the Norwegian border, they put up a shopping mall/center for all the Norwegians that come over the border to get stuff much cheaper. I was in no need of anything, but couldn’t resist buying 4×30 cans of Cola Zero to a price of 1,25 NOK for a can… The best before date was close… It is water and chemicals, nothing happens the year after the date.

I stopped at the border to declare that I had more than the allowed 6000 NOK worth of stuff in my car. You got 6000 NOK free when you stay more then 24 hours out of the country (that is why I took a hotel). I payed my taxes of 500 NOK and left. Nobody on the Norwegian side, but had I been stopped without paying I would have payed a nice fine. Better safe than sorry.

Straight ahead to Dombås using Rv 2 up to Hamar. Stopp at Dombås to get some diesel and to empty my tank after 10 hours driving. Home at 8 pm and now everything hed to get upstairs and of course I wanted the chairs I drove 1500 km for up and working. The trip was worth it. Would I do i again… who knows. If I have to.