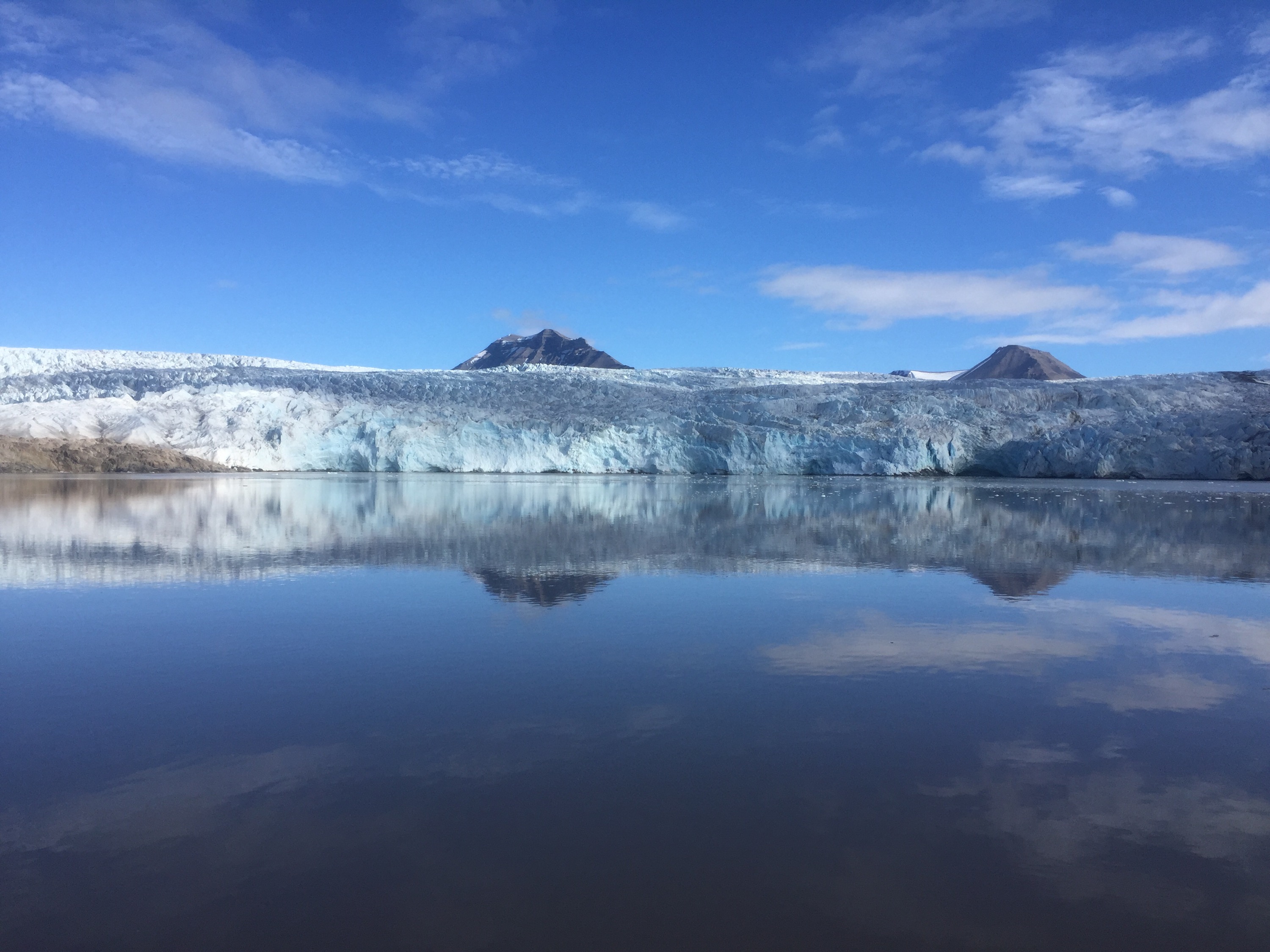 Today I did a long boat trip that I booked in advance (I like to plan ahead) to go to Pyramiden. The trip was about 11 hours…

bus collected all people at the different hotels in Longyearbyen. Quite a few had booked this tour, there was another to Barentzburg and anothe company did alos make some money. About 75 were on my trip.

8:30 start at the Hotel, a little bit past 9 did we get on the boat. Safety information (you will float, but freeze to death^^) and a little bit about the timetable. I had not big hopes that the weather could be nice (Longyearbyen was cloudy and not nice) – I was wrong.

Along the rough coastline of Svalbard you got an impression of the  nature. Big mountains, no trees at all and of course fjords. After some time, the sun came out and so did the cameras. I don’t know how many pictures I took, but it might be several hundred. A big job after comming home.

And I saw my first real life wild whale and seals (not the Navy ones). No polar bears and walrus this time. But lucky anyway.

After watching the whales we had then on the grill – chili marinated whale – very tasty. Some rice, bread and pasta sallad. I saw not many not trying it. It is something you don’t get every day.

The boat slowed down at some very shitty bird-rocks – and not much birds. They were out fishing.

A lot of pictures were taken at the glacier (I have to lokk up the name, but am to lazy). Phantastic. An english guy with the same camera and I were all over the boat trying to get good pictures. Had a nice chat with him and his wife about cameras and people using NIKON – brrrr. 😀

Pictures wil be added later on.

One thought on “The boat trip”