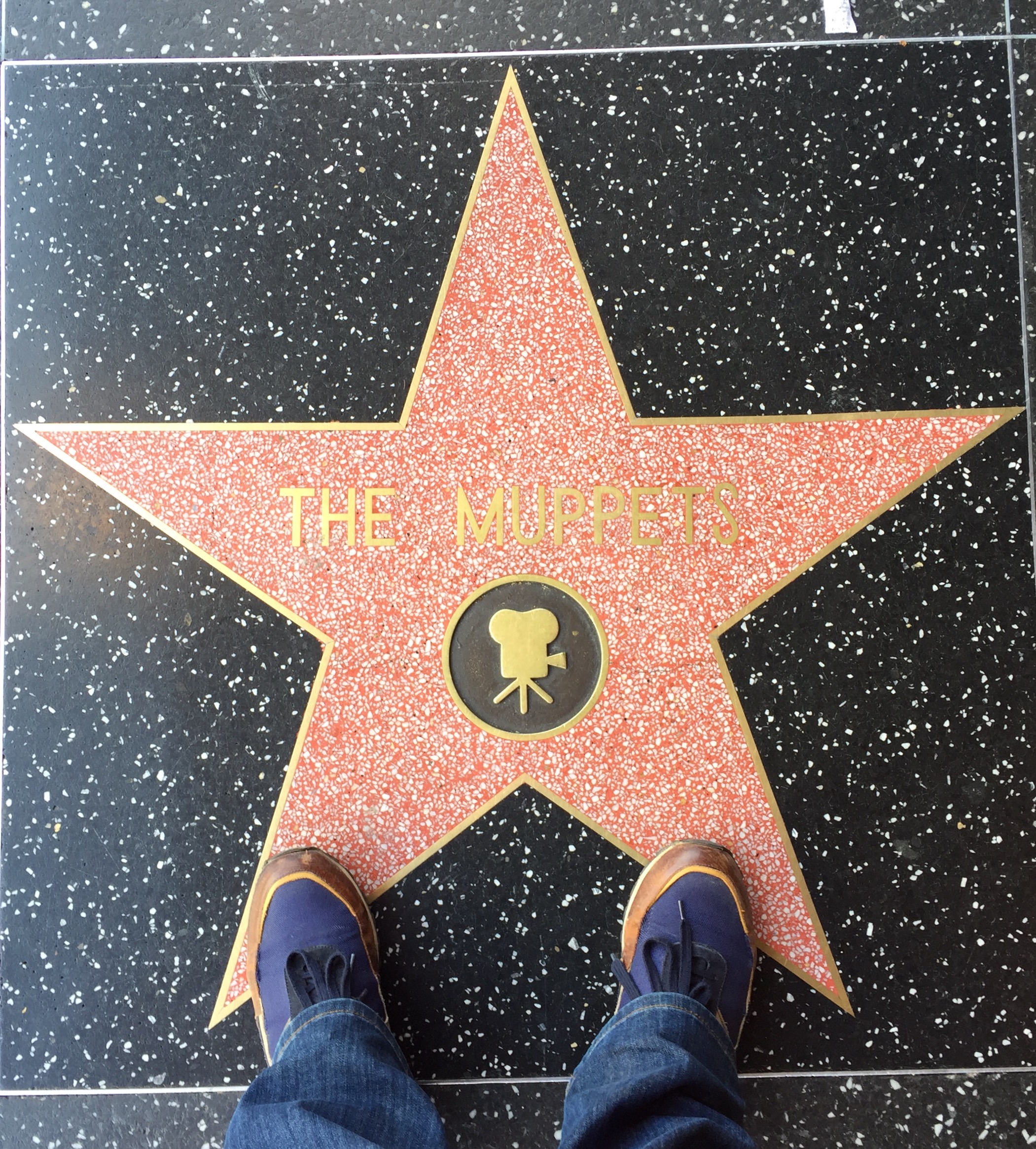 First full day in LA. Booked an 10 am tour through the heart of Hollywood. First I tried the complementary breakfast at the Hostel – and left without food. Horrible. Apples packed in plastic that tasted old, rolls (in plastic) that where so dry you could not swallow them… last time to try that. 🙂

Good planning – i took an early bus. Cheap tickets (1,75 $ for the whole trip) but I did not think about how long it would take. Nearly an hour to reach the Metro station I needed, to get to the meeting spot. And – other then in Europe – the public transport seems to be the choise for all homeless, mentally unstable etc. I do not know how many people have met today that were talking to themselves, swearing, smelling or else….

Bought a day ticket for $7, which was much cheaper. You have to pay every time you change the mode of transport. Meeting with a small group at Hollywood/Vine. 16 people and a guide that had his final test that day. Free Tours LA was the operator and the tour was great. Interesting information about how Hollywood became what it is today, spiced with some information about stars from the old times. The tour took 2 hours and can be recommended.

BUT… what is all the fuss about Hollywood and the walk of fame etc.? It is not nice at all, a tourist trap, the maintainance of the houses is questionable and as soon as you leave the main street, you are in the “ghetto”. The walk of fame is not something special either – I found the star of Donald Duck! Most important Duck out there. 🙂

I had booked a tour in the afternoon. I just messed up the times. So I was 2 hours early in downtown LA. First BBQ dinner I had – not a big fan of the smoky taste. I needed sunblock so I walked into the “historic” part of downtown LA… and left very fast. It is a slum. Every 15 meters I was sked for money. It was dirty, the houses were terrible – nothing historic there. As soon as I bought my suncream I walked to the closest metro station and left, canceling the tour on the way.

LA is not worth a trip just for the city. Maybe there are some nice areas, but why should a tourist go there. Santa Monica is nice. Beaches, at the ocean, nice shopping street…

I took the light railway down to Long Beach (they have no beach^^). There is the Pike Outlet, that has a shop for outdoor and sport clothing in all sizes. Even if the collection was somewhat reduced that week, I got a nice jacket for summer/winter use (wind- and rainproof), a pair of hiking shoes, a fleece jacket and some socke. Very helpfull guy who searched the storage for me.

Long Beach is nice. Has more an business type of flair and a nice marina. The Queen Mary in the habour makes  a good photo motive (did not go there directly) – a nice place to take a stroll.

And back to Santa Monica in the late afternoon. That means taking the trains back to LA and then out to Culvert city. Shouting, arguing people. on the train Some pay money to see something like that. Entertaining and anoying at the same time. That is why we see the americans as “loud” people. Me and two other guys had a nice and funny discussion about the individual bitching for 40 minutes. 🙂

Something new to be tested. I ordered my first Uber to get back to the hostel. It worked very well. 4 minutes after ordering the car was there. The driver was nice and the drive good. The I-10 is a horror to drive on. Allways traffic jams. I had some luck and we had not to stop that often. $11 for 10 miles and no cash needed – it is great.

The evening was spend in the hostel. The feet killing me (blisters from bad shoes…) but worth it. Seen a lot today and looking forwrd for tomorrow.