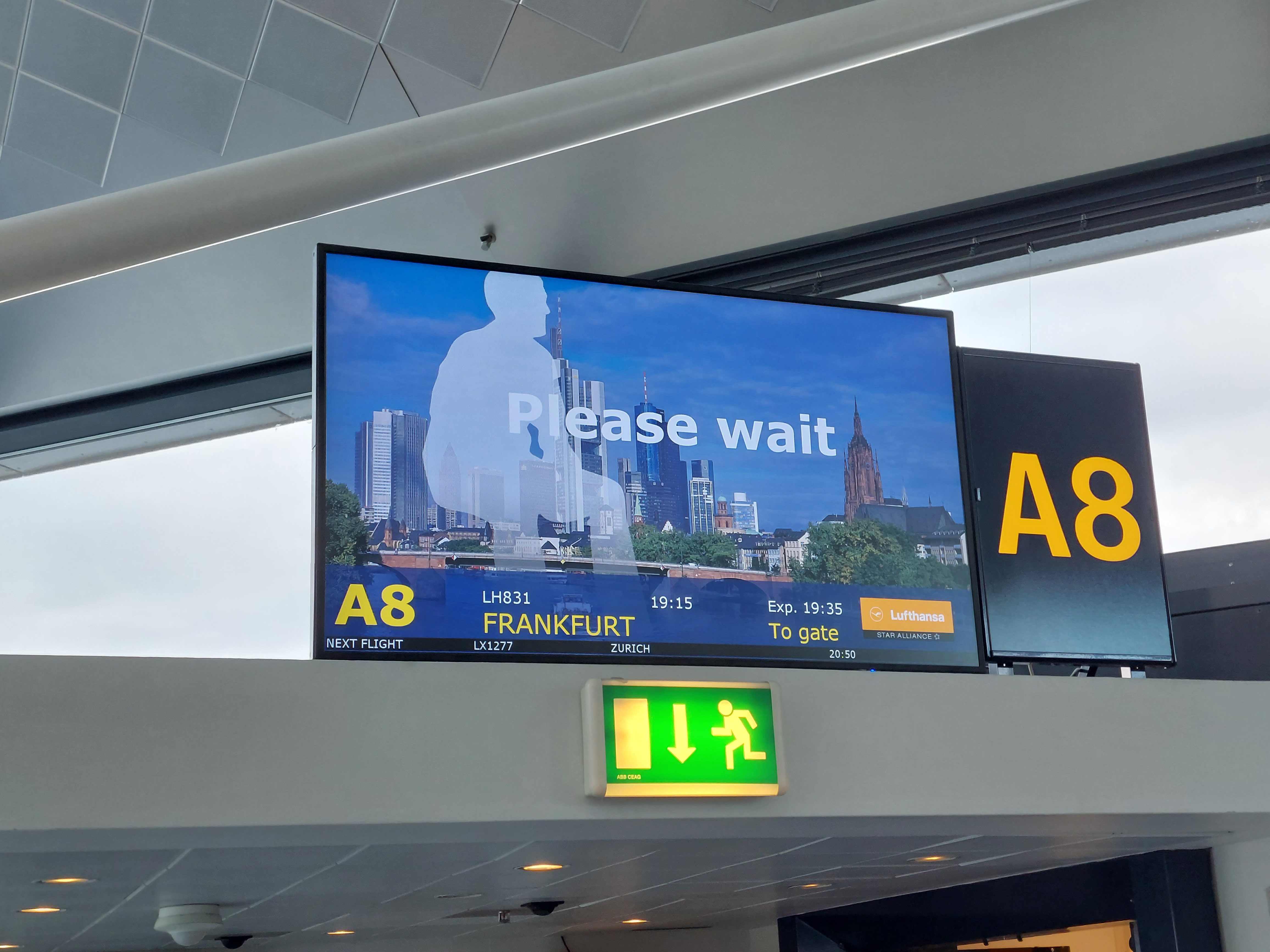 Sleeping inn doesn’t work for me. I always wake up early. So just lying in bed before breakfast. Breakfast is good at the hotel. fresh omelets, fruits, cold cuts… everything you would like.

My check out time is 14:00 so there is some time to kill. There is an Adventure Lab cache at the hotel. It takes me around the area that has some museums, Nice round with a bonus cache that made me take the round two times.

Check-in is fast and my bag gets two tags, since I have some many stops. Next is collecting some travelbugs at the OSL TB hotel to bring to the Giga event in Canada. I raid the whole box. 😀

Security control is fast (thanks to fast track) and then it is up to the lounge in the international terminal. Worst seating ever, but a place to get free drinks, snacks and they have good WIFI.

Three hours later it is time to board my SAS flight to Copenhagen. Not often I get the A321 from SAS. It is only a trip of around an hour. We are a little bit later but that doesn’t matter. Short way in Copenhagen. Snack and drink on the flight. A little bit underwhelming what SAS gives you.

No time for the lounge in Copenhagen. My gate is on the opposite end of the airport so I go there directly. The flight is delayed by some 20 minutes which is not a problem since I have my next flight tomorrow. Others are a little bit scared about missing their flight. Frankfurt is a big airport with long walking distances.

Business class is nice. Have the three seats to myself. Good choice of drinks and we get served bean salad Japanese style with beef pastrami and bread and the dessert is a lime mousse. Very nice food. I also got a sparkling vine for dinner.

In Frankfurt I don’t have to get my luggage since it is booked through to my final destination. I just have to go to the hotel. It is only a little bit difficult without signs or signs missing or sings only visible from the wrong direction. Takes some time to find my way over o the Sheraton.

Good hotel with a nice room. Calling home, taking a shower and then put everything on chargeing for tomorrows long trip. Setting the alarm for 5 am…