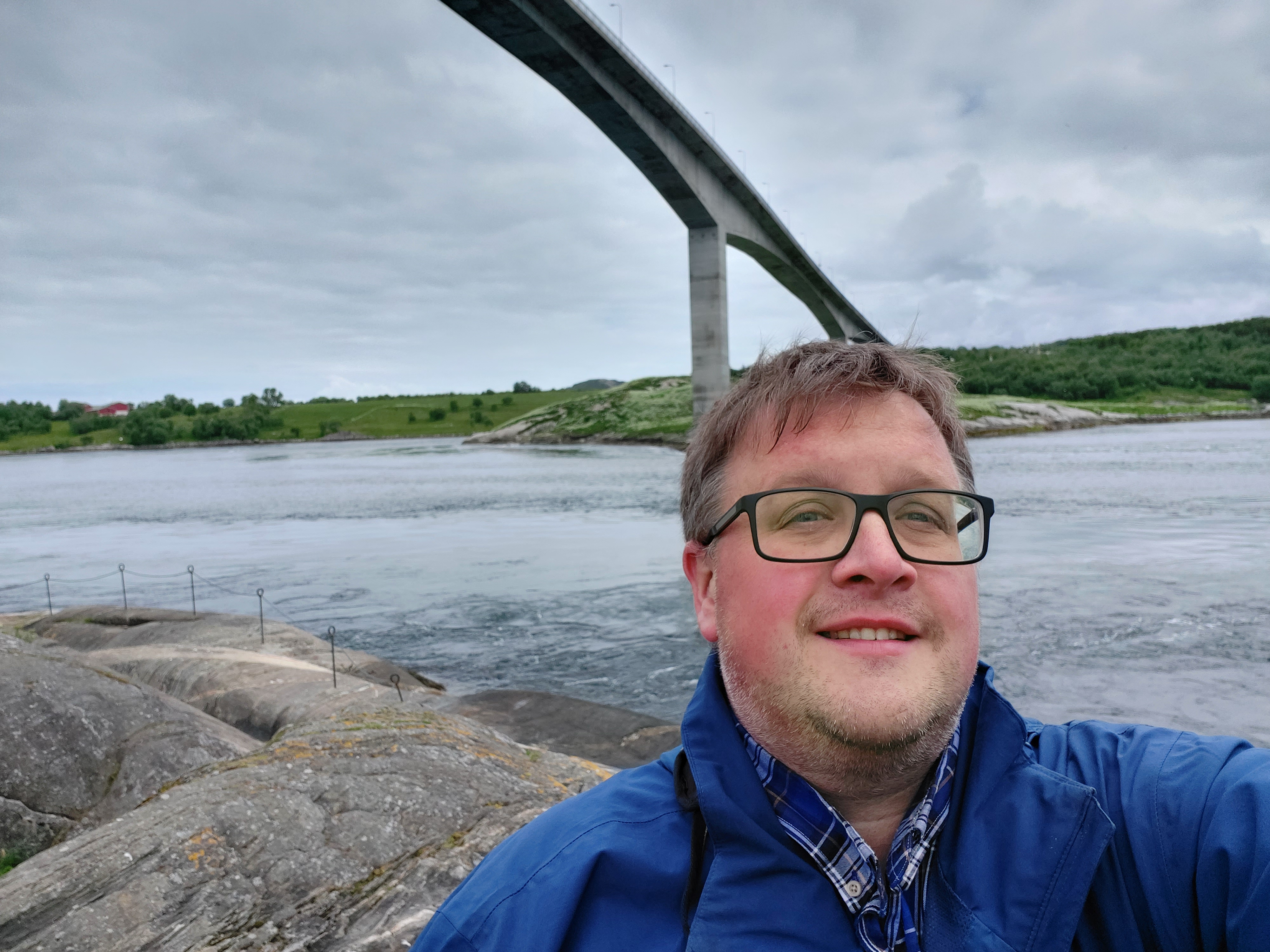 Time for a small tour. Breakfast at the hotel. Very nice buffet. Friendly staff. Nothing to complain at all. That is a good start. The bed was not as perfect as I like it (to soft). But a great view from the 13th floor after getting up.

I did some research on the net before I went and found an alternative to an expensive rental car from one of the big companies. They have a smart project including sustainability and car/bike sharing offers. The offered an Opel electrical car for about 50 € a day and 150 km included. A great deal. Everything happens online with an app. Booking, getting the car, opening it and starting it.

Found the car in the nearby garage. My first time with an electrical car. My plan is to go to Saltstraumen outside of Bodø (they say the most powerful maelstrom in the world (i did not check that statement)). Of course I world do some caches and collect municipalities on the way.

A drive with difficulties, since I forgot that I had chosen “bike” on my google maps. So I ended up twice in dead ends (with a connection to a bike path) and had to do some stupid detours until I found out what was wrong. 😀

Finally I came to Saltstraumen. Big parking lot there, a visitor center (that was closed when I arrived). Following the geocaches I went to the banks of the fjord and without checking I hit the perfect time – when the tide came in. Very interesting to see the powerful whirlpools materialize. You would not want to swim there. People where fishing and after some time the area filled up. Two busses (I don’t think it would be that interesting to pay a bus ride for that) and when I was on the bridge (the where to caches there) they came with speed-boats from Bodø to drive people through the whirlpools. I think it is a 100 €/person. No! That would have been to much.

But I wouldn’t stay there all day. I found out that I was close (by Norwegian terms) to a friend I hadn’t seen in years. So I contacted her. Unfortunately she couldn’t leave work. So it was me driving down a national tourist route toward Ørnes to do some landscape-sightseeing and some geocaching (there are always new caches and municipalities to collect).

Some great places on the way. Entertained by an audiobook, the car running smooth. But I had to think about the driving restriction – 150 km/day and I pay 30 ct extra per extra km, plus I didn’t want to find a place to charge the car. It has only a range of 350 km.

Came back to Bodø around 20:00. Left the car connected in the garage. All via the App – love that it is that easy. Pictures of the car and 2 hours later I had the bill of 80 € in may app (did some extra km). Very cheap I think – compared to other rentals in Norway.

Dinner with a kebab in the hotel room. A nice day in the area.