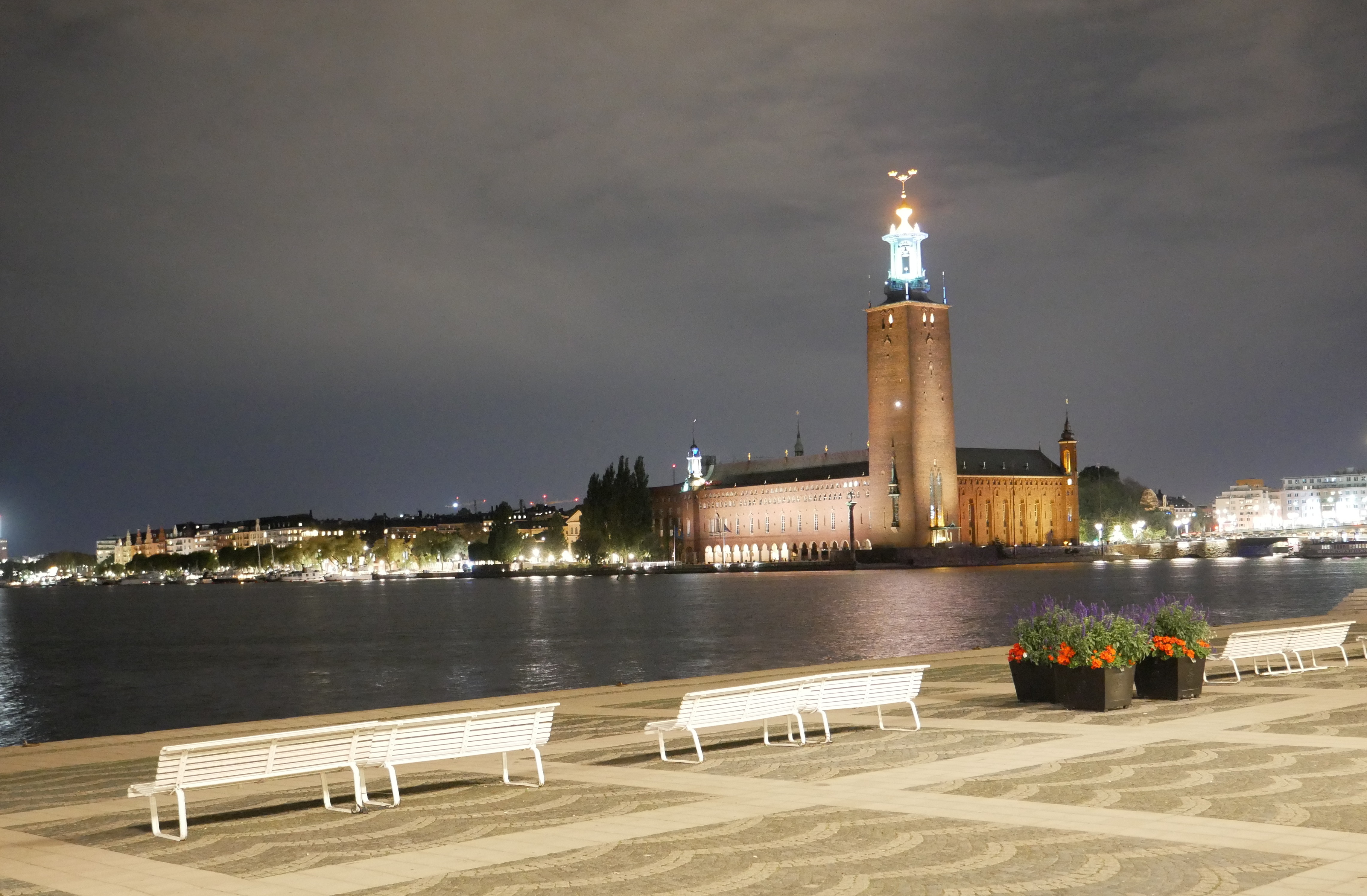 When a friend of mine send a message that he was “homesick” to go to Stockholm it didn’t take long time to make a decision. We hadn’t seen each other in some years and we found a weekend we both had time – only three weeks from when we got the idea. After we both studied in Stockholm we both have a special connection to that city. I booked a bonus ticket on SAS with some of the points I saved fr my trip next year, and he found extremely cheap flights with Norwegian from/to Berlin/Hamburg. I booked the rooms at the hotel and all we had to do was travel.

We arrived short time after each other in the morning at Stockholm Arlanda. Just bought a 7 days ticket for SL and went by bus, train and light rail to our hotel in Hammarby sjøstad. I have stayed here twice before and the Park Inn by Radison is located a little bit outside the center, but with good connections to public transport. After a fast check in we went for a little walk in Gamla Stan. The good thing is, that neither of us needed to see anything special after living in the city as students in 2002/2003 (I am getting old^^). So a nice stroll through the Old town and a mandatory Swedish Fika at my favourite cafe “Under Kastanien”. We did a lot more walking the rest of the day. Along the shore of Östermalm to Djurgården, passing the Gröna Lund Tivoli and walking to Waldemarsudde. I couldn’t resist to find a few geocaches in the way. We took the light rail back to Gröna Lund and took the boat to Slussen. For diner we decided to go to the area around S:t Eriksplan where we found a nice Indian restaurant. After a lot of walking we called it a night.

Day 2 started with the big breakfast buffet. A good breakfast that prepared you for the day. We started the day with a little walk through Hammarby sjøstad – if someone finds money to give to me, I would like to buy a flat here. 😉 We are lucky with the weather. Blue sky and the sun is shining. We took the ferry over to Södermalm and continued our walk through partly unknown areas. Exploring by walking. A very nice part of the city. At the Greta Garbo Square we found a farmers marked. A lot of people and great produce they sell here. I got some cinnamon and cardamom buns. Delicious! At Medborgerplassen our ways parted as Ralf was so crazy to enlist for the half marathon in the afternoon and needed to get prepared. I took a walk to Gamla Stan, taking another cache, just sitting on the big marked square. The start of the half marathon was at 15:30, so I stayed to watch the 20000+ maniacs to start their race. I left immediately for Stockholm östra station, where I boarded the train northeast. I am collecting municipalities in both Norway and Sweden. With this train, I can get 3 more municipalities. Just one cache in each to fill the map. It all worked out well and I found caches at all three stops. And I even got one more by hopping on a bus.  As it was getting late and I was hungry, I went to Gamla Stan and the Vapiano restaurant there. A disaster. Burned and tasteless food. I got out without having to pay, but still hungry. In the meantime I had meetup with Ralf again and we went to the area of SoFo and the Nytorget. After some time we found a little tapas place where we had some food and ended the evening before going back to the hotel.

Sunday was the day where we talked about a trip to the famous Stockholm archipelago. But not the standard tour to Vaxholm every tourist does. We wanted to take advantage of the weather. We couldn’t decide where to go and the connections are not the very best on Sundays. At last we found a bus – boat connection to Sandhamn in the outer archipelago. Problem…. we had only 12 minutes to catch the train. We sprinted to our rooms, packed our stuff and managed to get the train and the bus to Stavsnäs vinterhamn. A tour of a little bit over an hour. There we had about 25 minutes before the boat left so we could buy some drinks and ice – you have to make the most out of the weather. The boat trip took about 35 minutes before we sat our feet onto the island. A beautiful spot that I can highly recommend. What we did was taking a walk over the island (I found two geocaches) looking at the houses and just enjoying the day off. Not a lot of people here. Most stay in the small village. We had about 2,5 hours before our boat back to the mainland. After a lot of walking we took the boat ride that takes 90 minutes and stops at nearly every island on the way. But that way you get most out of the tour. After getting back to Stavsnäs and an hour with the bus we were back at Slussen – talk about hurting feet. Dinner time and we went back to SoFo til Lily’s burger. Great burgers in a restaurant decorated like in the 60s. But we weren’t done walking. A late evening tour to Riddarholmen to take some photos of the Stadshuset and a walk through the empty streets of the old town without all the tourists. It has started raining. Back to the hotel before our last day.

Monday I slept in. Managed nearly to miss breakfast while packing. Had to pick all the food at once before they removed the buffet. Ralf had already gone to KTH to meet with the coordinator for ERASMUS students from our study time. I checked out and went to T-Centralen for an early fika. Ralf came around 11:30 and we had another fika at the kulturhuset befor he left for the airport. I left on the commuter train to find other caches in 3 municipalities I had not visited before. A very good planning and it all worked out perfect. From Solna to the airport by train and bus. Had enough time to visit the lounge – thanks to my economy plus ticket. The flight to Oslo was short and nice. Was able to say hi to Ralf for another time, because his flight was delayed. 🙂 Bad luck. I went through customs to the domestic terminal and after a fast coffee in the lounge it was time to board the flight home.

A great, spontaneous weekend in Stockholm. Without any must do things. Very relaxing – minus the walking. 😀 I think I will write a small Stockholm guide on my blog in the future. Tips for first time travelers and maybe some more advanced.